Some Tech Things For The August 21st 2017 Solar Eclipse

How To, Oops, Projects

So I went with my family up to Oregon for the total solar eclipse on August 21st, 2017. We stayed in Lincoln City, OR and had a long drive up and down… but that’s really interesting from a tech/maker perspective. What is potentially interesting is what little things I did and brought along for the experience. 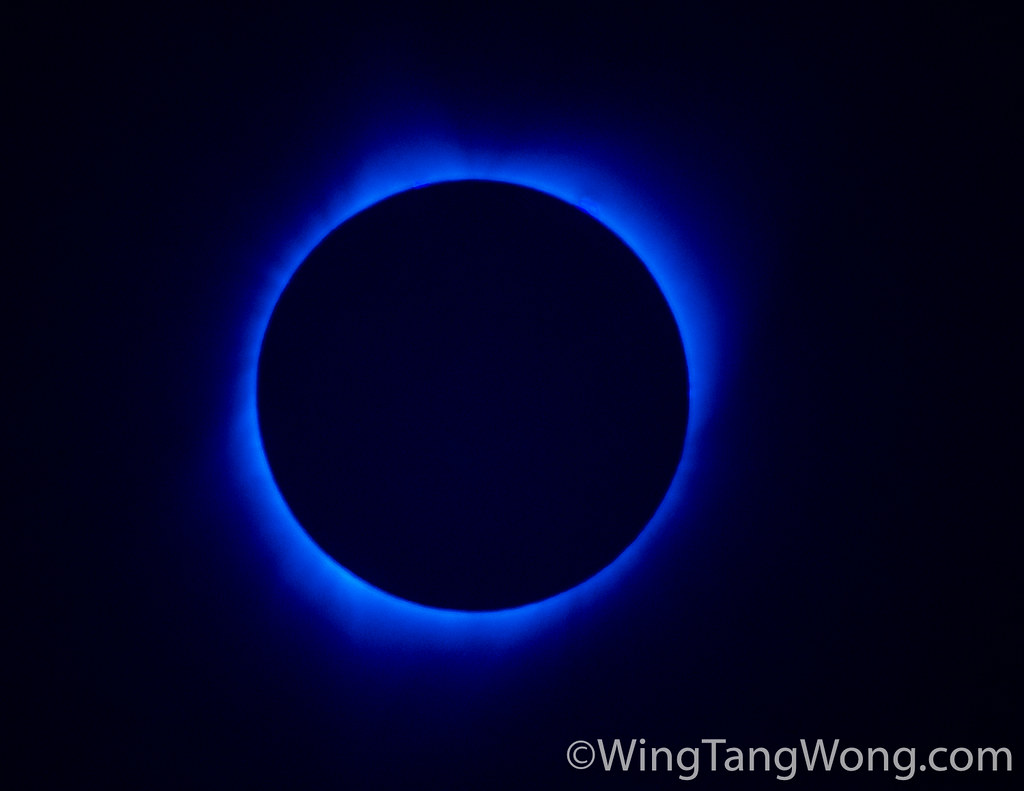 Video of the totality event

We needed solar filters for our eyes and for our cameras.

We had originally bought some cool looking welder’s goggles and a visor for the event thinking that it would be sufficient. We found out a few days before we headed out that apparently, shade #4 and shade #5 were nowhere near enough for protection! (FYI, you need shade #14. You can get by with shade #13)

Thankfully, the welder’s visor accepted the standard 2″x4.25″ plates and I was able to find one at a local welding supply shop(Welder’s Heaven in San Jose, CA). The darkest that they had was a shade #13, but since that was sufficient, I went with it. I also bought a 4.25×4.25″ shade #14 plate.

I had also bought an 8″x8″ metalized film from an astronomy supply shop a few weeks ago, but never got around to using it. Well, a couple of days before my road trip, it was time to make something from it. One pair of welding goggles had screw caps, so I could unscrew it and see that there was a clear glass plate and a shade #4 welding plate.

I cut out squares of the solar film big enough to cover the clear plates and applied some UV cure LOCA(Liquid Optically Clear Adhesive) to the matte/dark side of the film and pressed the glass onto the glue. Into the UV curing chamber for 2 sessions of 180 seconds, and I had the solar film bonded to the clear glass. I trimmed the excess film and replaced the shade plate and now solar film plate with the silvery side out and the shade plate on the inside. Worked great!

I will say this about welder’s plate: it was not designed for superior optical performance… it was designed for superior protection. Having said that, it’s hard and rigid, which makes it easy to craft around. This is what I ended up doing to create the lens size agnostic solar filter for my camera: 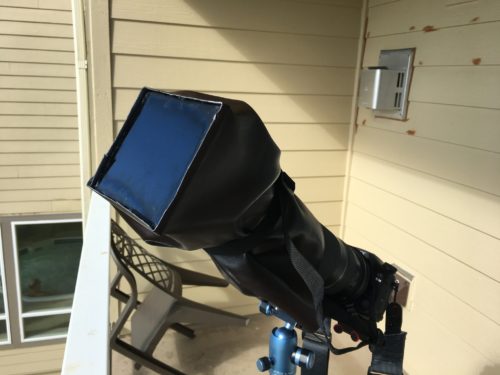 Once the film was applied, I got double sided viscoelastic foam tape and surrounded the outer edge of the box and basically attached the faux leather fabric to the box just like I did with the welding plate. Except this time, it was to the cardboard box lid.

The inside of the box happened to be white, so I got some matte non-reflect self adhesive film and covered the inside so that it wouldn’t bounce light around.

This too can be attached to a lens or camera just like with the welding plate. The difference is that you will get significantly better image detail. But the cost is that it is much more fragile. -_-;

Gear For Recording The Eclipse

Tinkerer, engineer, husband, and father. I love to figure out how things work and how to make things work in interesting ways. Learning through doing and sharing what I know.